The Sisterhood Wound… Within! 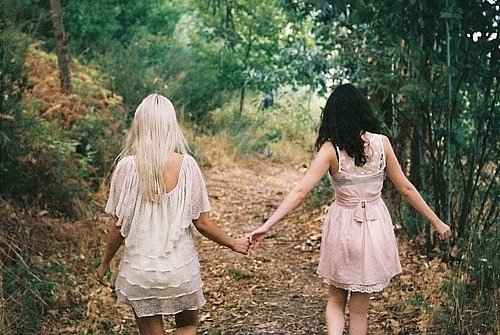 I often hear, and have shared about, the state of my inner union. The state of the union between my masculine and feminine aspects. And yes that matters. A lot. But what about the state of the feminine council, the sisterhood circle, within?!?!?! What about that? Which sister has not been invited to the party? Which one is the favorite and which is the ridiculed or excluded one? Is there a circle, a council within you? Or competition, hierarchy, blaming and shaming? (The same applies to the masculine and the state of the brotherhood within you, but in this post I speak about the sisterhood… in women’s and men’s bodies).
I have always prided myself in the amount of respect and honor I have for the feminine, whether in a man’s or woman’s body. I was raised in more of a matriarchal set up, where women looked after each other’s children, cooked together, and mourned together. Sure they also gossiped together and there were other shadow aspects, but there was an unbreakable bond: you can lean on me and I can lean on you, we are there for each other through health and sickness, through peace and through war (real war). And it was cross-generational, passed on in the kitchen, leaving rooms and bedrooms of my childhood. As a result, I have never felt I needed to compete with women externally. I have followed the respect and honor and love I learned.
But there was one sister who was not invited to the party: the dark sexual wild feminine. The one that wore lipstick or showed too much cleavage. The one who wasn’t married. The one who your man might turn his head for. She wasn’t proper. She wasn’t safe. She didn’t conform. She couldn’t be depended on, you couldn’t lean on her. She was asking to be raped or hurt. That sister was not someone to be friends with, bring home, or trust. So I learned to judge that sister, externally and internally.
So much healing came for me from being able to let this dark wild sexual feminine out in the presence of other women around me and be accepted, still be loved, not judged and not shamed. And I learned to do that for other women too. Seeing the beauty and innocence in their wildness. I learned that I could show that part and I would still be safe (meaning men wouldn’t hurt me) if it was in private or the group room.
But the full healing came when my own light feminine, the Mother in particular, and my own dark feminine could come together. Express their full truth, their fears, their longings, their needs, own their own stuff, and finally stand side by side, not one above the other, holding hands. They recognized how they needed each other, and also how they needed the other to take responsibility for herself and step into her fullness.
With that came the end of banishing this part of my feminine, or relegating it to something hidden, something dirty, something I was ashamed of and judged internally. Because of this she had not been allowed to mature fully, and projected out a need to be protected. With that came the end to feeling unsafe, and the need to feel like I must protect myself. With that came being able to receive from and share of myself with the masculine more fully, deeply, wildly and innocently. With that came a sense of wholeness, integration, maturity, ripeness, ease, lightness. My feminine felt like she had fully landed in my body!
So I invite you to take a look inside and check on the state of your own inner council, the sisterhood within. What is the relationship between the different aspects of the feminine within you? What needs to be brought into balance? What needs to be said? What needs to be owned? So that your inner council of women can stand together, side by side. And so that every sister is invited to the party!
Aho