So what is Tantra?

It is a system that uses life-force energy

and the apparent reality of duality,

and adds the pillars of consciousness, love and sacredness,

Tantra is a spiritual path to awakening and a way of life that screams: Remember Yourself! It uses the apparent reality of duality and the physical realm as entry points. It guides us on how to go beyond this gross apparent reality, using the pillars of love, consciousness and sacredness. In this process we experience healing and expansion, letting go of what is not authentic, and weave and merge into one-ness with ourselves, our partner, others, nature, and God/ the divine, so that we may ultimately remember our true nature, and remember ourselves as Universal Consciousness, God, Spirit itself!

And now the longer answer

By now I’m sure you have read and heard plenty of descriptions and definitions on various websites, books, and events on “the big T word”: Tantra. Some of it may seem contradictory to you. You may also feel confused about what it is and what it is not. So what I’m going to describe here is by no means a comprehensive or classical definition. It is what I have learned, what I have embodied, and what I transmit in the work that I share. My initiation into Tantra was in 2008 through Ma Ananda Sarita, who was initiated and guided by Osho himself. This is considered the non-ascetic Neo-Tantric path. Since then I have also worked with Daniel Odier, John Hawken, Bruce Lyon, Diana Richardson (Puja) and Raj, and the Agama Tantric School of Yoga, and all of these have also influenced my path.

So to me Tantra is a way of life. It is also an intricate system that explains the entire universe! This includes yantras, mantras, mudras, pranayamas, chakras, the 15 Nityas, the 10 Mahavidyas (cosmic powers), meditation, ritual, cosmology, Buddhist, Taoist and Shivaistic practices, and others. In the Tantric approach to life, the microcosm is reflected in the macrocosm and vice-a-versa. In other words, each human being is a reflection of the entire cosmos. While this path to spiritual awakening has existed for thousands of years, it is still as applicable and useful to humanity today as ever.

All other spiritual paths reject, ignore or transcend sexuality and sexual energy, and most believe it is right to sacrifice the body in the name of awakening. Tantra is a path of inclusion and expansion, where all aspects of life are an entry door to spiritual flowering and a route to higher consciousness, including the body, the senses, sexual energy, pleasure and sexuality. It is thanks to this sacred vessel the body that we can experience ananda (bliss), through the ecstasy of sexual union just as much as through the ecstasy of Samadhi (awakening), and the two need not be separate. Tantra is a path of acceptance, instead of rejection (judgement, condemnation, suppression), and it is through inclusion that we return to wholeness.

“But how is that possible?” You may ask.

How can everything be accepted?

Doesn’t that just turn into self-indulgence,

The Tantric approach combines the qualities of love, compassion and devotion (the feminine principle), with the qualities of consciousness, awareness and meditation (the masculine principle), and the sacred or divine (beyond duality). Applying the qualities of love and awareness to anything and everything that arises results in healing and transformation. Add to that the aspect of sacredness and you start to walk the Tantric path in your every day life, going beyond duality and ultimately reaching union within, with another, with existence, one-ness. This is the golden formula of Tantric Alchemy, turning poison into nectar. Through this alchemy all aspects of the body, mind and emotions are revealed in their refined potential. The refined potential of every human being is divine. Therefore, in Tantra, the whole person is accepted as divine. 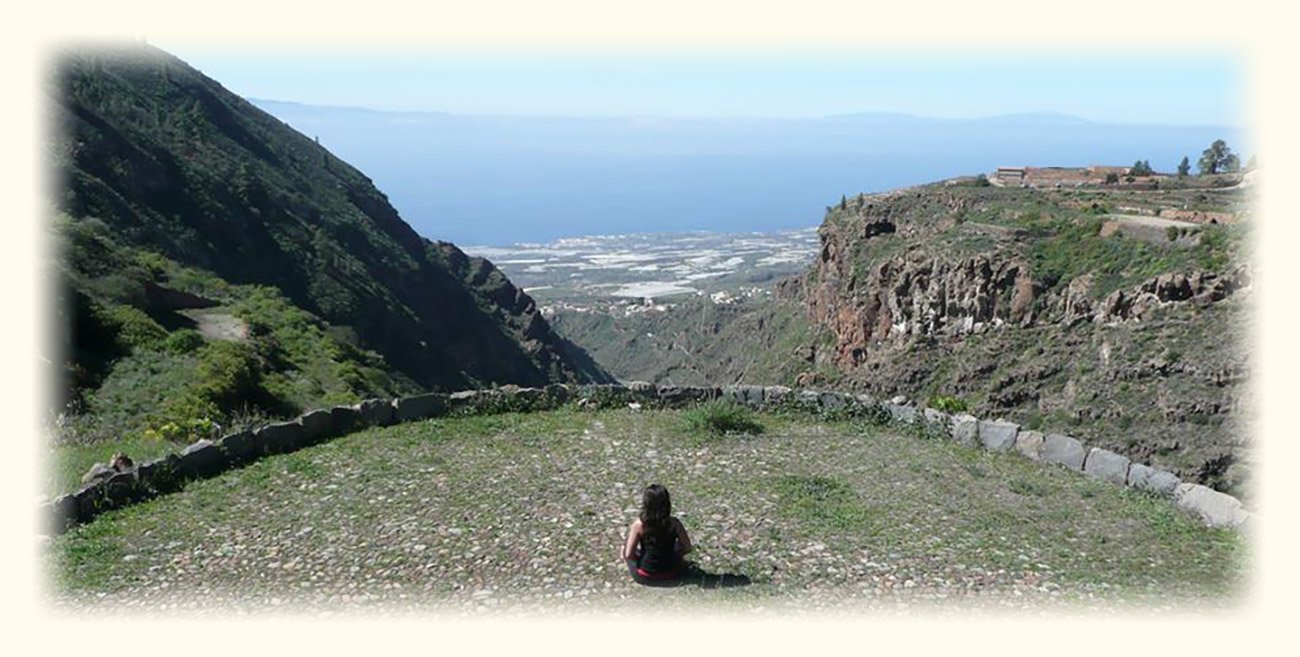 Through applying these key Tantric qualities to our life, we can heal wounds, drop masks and connect with our true nature. It is a way for us to transform and expand from our “small self” to our “higher self”. The entry point is always through the body/ senses. The expansion of our consciousness is so that we can live a more fulfilled and awakened life here and now, in this body, in this life, and ultimately know ourselves as part of the supreme consciousness. This is also part of the “Art of Dying”, part of the recipe to have a conscious death and rebirth. So Tantra actually teaches us the Art of Living and Dying.

“The key during both life and death is to recognize

In this way we become free.”
– Introduction To Tantra: The Transformation of Desire

The Tantric map used to support us in healing, transformation and expansion is the Hindu Yogic map of the 7 Chakras (energy centers). Within this map each Chakra has its lessons to offer and can be brought into balance, harmony. When the energies of 3 Chakras in particular are combined, a fertile ground for Tantric awakening is created: root/sex, heart, and crown/spirit. The body is considered a temple, which can be worshiped as the body of God, the Divine. We can experience states of union with the divine and dissolution through sexual ecstasy and orgasm. We can feel unconditional love, and know ourselves as souls in a human body. Eventually we can reach a stage where we truly recognize ourselves and others as divine (natural transfiguration), have altered states of experiences connecting with subtle realms, and know one-ness (non-duality). As we walk on the Tantric path more and more, this becomes reality, not the illusion of duality, separation and disconnection that so many call “the real world” currently.

So what does sex have to do with all this ?

It is said that: Tantra is not sex, but without sex there is no Tantra. Our sexual energy is the most powerful energy we have access to within. It is also sacred, our source of life and vitality. If we know how to contain and move this energy, we can use it for healing, transformation and expansion. Ultimately we can use it to reach non-dual states of being, and even fully awaken. In my opinion, a lot of emphasis is given to the sexual aspect of practicing Tantra because unfortunately, that is what needs the most cleaning up in our day and age. Having said that, cleaning and liberating our sexual energy from fear and desire is not always what is actually happening in workshops and sessions, even though it may be advertised that way. Here I will stick to why address sex, not whether or not it is actually being addressed appropriately. If your sexual energy is not free (clean and accessible to you), spirit can not descend, soul cannot descent, even love can not descend, through you all the way down to your base. None of this can fully land in you, and shine through you. In other words, you cannot fully embody any of these qualities. The same applies in reverse. The most powerful energy you have access to within you, cannot ascend! It cannot be sublimated to achieve healing, enter altered states of consciousness and you cannot know your soul, one-ness, dissolution. Whichever way you look at it, ascension or descention, you are stuck. This affects your every day life, your relationships, your growth, and your awakening. Tantra is a path to wholeness and freedom. Cleaning out and reclaiming your sexual energy is the foundation of the non-ascetic Tantric journey.

Where does Tantra come from ?

I myself have not studied the historical origins of Tantra extensively. There are several branches that flowered with different focuses. For example the Tantra that flowered in Tibet was influenced by the Bon practices, native to that land, and as a result focuses on the practices dealing with death and the afterlife (which can not be separated from Sex as all living beings come from an act of sex). The Tantra that flowered in China was influenced by a long tradition of focusing on the longevity of life, the Tao. I include below a brief summary on the different paths of Tantra.

“Over the years there have been many ways developed to experience Tantra. Because it depends on subjective experience as a key to spiritual awakening, no dogma or religion can be made of it. It is a path for the individual, honouring the uniqueness of each human being. For this reason, each Tantra teacher brings a fresh flavour to the Tantric path. Confusion abounds, as we seek to discover the true Tantric message and come across myriad interpretations of this life approach. A brief outline follows below of some of the streams that have developed from different environments.

“The Shivaistic stream from India says yes to love, yes to life and yes to sex. Nothing is considered lower, nothing higher. Every aspect of the human being is honoured.

“Tantra Yoga, also from India, is more male oriented in its approach, saying yes to sex but no to love. Sex energy is used to catapult the adept into expanded consciousness without the emotional entanglements, which may arise if one surrenders to love.

“In Tibet, the meeting of Buddhism with the ancient Shamanistic Bonn religion offered a unique climate for the flowering of Tantra. Meditations on impermanence and death inspire the seeker to transcend the wheel of birth and death. Sex is allowed within a very precise framework, which seeks transcendence of the body / mind.

“In China, The Taoist climate gave birth to yet another approach to Tantra. Traditionally, the Chinese have researched a great deal into the subject of health and longevity. They have developed methods of Tantra which use the vital energy contained in the sex act to regenerate the body and bring about better health. A part of this teaching focuses on the conservation of semen as a way of youthing. The methodology is very precise and technical.”

In my opinion, the Tantric approach to life is the understanding that “this too is here to teach me something”, “this too is sacred”. With love and awareness, whatever arises from within can be used for transformation at the individual, couple, group, and collective levels. The doorway is the physical/material world (the body and the senses), and apparent polarities/ duality. It is the exploration and refinement of the full spectrum of the human experience, especially through the lessons we experience by bringing the Chakras into balance. Tantra offers a rich and varied path to awakening. A key to being able to ground your spiritual experiences, and also reach higher states of consciousness, is to clean out and gain access to your own sexual energy. This is the journey of reclaiming your wholeness, your divinity, your soul, and knowing yourself as one with all there is!

Blessings on your journey!