Honoring Men on the Path! 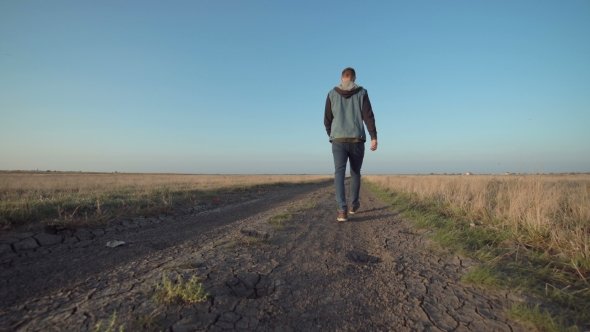 Honoring Men on the Path!

It’s been several days now that the issue of Masculinity and Men has been strong. No surpise, the planet Mars (the Cosmic Masculine archetype) is closer to Earth right now then it has been in 15 years.

Last night I sat outside and watched the eclipse for 2 hours, while at a distance a group of 41 men did their full moon ritual aligning with purpose. During those 2 hours I went between crying, weeping, and sitting in total peace, no thoughts, no nothing, silence within. I accepted this yin-yang pull and allowed it to manifest through me completely. This morning I went to the site where the men had their ritual and connected.

Many things came but what I was left with was a deep empathy for men and the masculine. How challenging it must be for men to be willing to step out of the stereotypical masculine (and by that I do mean patriarchal) proto-type and demand some thing else for themselves and their brothers. It is much more accepted for women to do so. Men are still expected to be the providers in many situations, but what if a man wants to quit his job and become an artist (or whatever else his heart may long for)? He is judged as irresponsible. What if a man gets emotional? Most likely his partner will feel uncomfortable, or judge him as weak, or at the very least he will fear that she will. And those are just two very common examples. If a woman did the same, would she be judged as harshly? Certainly not! Men still need to live up to a repressive and unhealthy version of the masculine long outdated, which no longer serves most of them, yet most of them are still held up to it.

I could physically and emotionally feel the weight of the burdens on men, and on their hearts, bodies and psyches, that we as a society put on them, still, today. I have known this before but I have not felt it in my own body and system before. And I just started crying. I spontaneously went into a forgiveness ritual. It was personal and transpersonal. I included men in my life past and present, as well as asked for forgiveness on behalf of all women to all men. I made offerings and asked for blessings and guidance.

Men carry a huge wound towards women, that for the most part does not have any healthy outlet to be processed and expressed! For the most part, for most men in most cultures today, it’s not ok for them to cry or “break down”, they have to keep it together! And it’s not easy to find another man with whom they can really discuss and go deep with; men are expected to not talk about or express their feelings, and for the most part, they live up to this expectation. It’s not even ok for them to express pure, real, authentic anger towards women, and anger is the one basic feeling many would argue is accepted by society for men to express, lest they be condemned as aggressive or abusive. Note: I don’t mean express anger in a woman’s face dumping on her, I mean to own it and express it towards a pillow for example, or a boxing bag. Can a woman express her anger about men? Is that accepted? Dare I say, even in his face dumping on him? Hmmmm.

So what happens when men generally have few if any outlets to express, release and heal their wounds towards women? Look around, that’s what happens! Hurt turns to anger turns to rage and comes out in power over dynamics and abuse. Or, the flip side of the same coin: emasculation! Cut off below the heart, animal and sexuality caged, raw masculine power rejected. Self-hate. Let’s all have some more compassion for this reality!

Take a moment now, whether you are a woman or a man, and while you are looking around look inside.
1. Take a piece of paper and note in how many different ways, how many different times, how many different men, have You hurt? Answer the question: how have I contributed to the state of wounding in men (past and present)?
2. If you are into ritual and ceremony you can create your own personal forgiveness ritual towards whatever you have written on your list. You can conclude by burning the paper consciously, fully letting go and starting new.
3. After that, write out the ways you can improve, how can you honor the Men in you life, the Masculine. Keep that list with you, or on your alter if you have one, as a reminder of your longing.

And sisters, let me have a word with you for a moment. The wounds men carry from women, from mother, sister, wife, ex-partners, teachers, etc., are enormous! They are not imagined, they are real! And we have all contributed to that in some way, consciously or unconsciously, at some point in our lives. Revenge, keeping them small, putting them down, or even putting them on a pedestal (positive projection) only to drop them hard from it later on. There are many examples, the question is:
1. Are we as women really seeing these men who are in our lives, and their potential, or are we projecting our wounds (negative projection)? Take a moment and ask yourself that.
2. Then ask yourself this: Do I treat the men in my life the way I would want to be treated?

Today, in my own heart and in my own body, I physically felt the anger, the sadness, and the fear that men in our society carry inside them. Men I have never met, men who are dear to my heart, men who are a faint memory from the past… all men! Deep male bonding is so rare that when there is an opportunity it can be so fragile, because normally it’s superficial. It’s based on some common activity (work, sports, hobby, etc), not vulnerability, really being seen and witnessing another’s depth. Thank you to the 41 brothers who stood, danced, cried, laughed, yelled, and connected to their purpose last night, it is because of the energy portal you created there that I could go back and receive this transpersonal transmission. Thank you Thank you Thank you

Women, we can use our energy to support men instead of pulling them down! Women, do you not want to be surrounded by Kings? Do you really want to be surrounded by boys? If your answer to this last question is no, then check yourself, what are you doing to keep some of the men in your life right now: down, small, not in their full power and potential?

I know the fear, I know it very well… and I can tell you that it doesn’t have to be that way! Not anymore! The time has come to honor the Feminine AND the Masculine! Whether you are a man or a woman, there is really nothing to fear from men in their full power (which means having integrated their feminine too), or women in their full power (which means having integrated their masculine too). The key is to be integrated! We can gain so much from each other! We can support each other to rise, instead of dragging each other down. What are you waiting for? Let’s do it! NOW!

So here are some suggestions, whether you are a man or a woman, on how to get there:
1. Acknowledge your primal wounds and unhealthy patterns, and seek ways to heal them;
2. Spend healing time within your own “tribe”, women with women and men with men, healing the wounds you particularly carry with your own “tribe”. Sadly, there is plenty here;
3. Focus on healing the wounds you carry about the opposite sex, from parents to partners to siblings to teachers, etc. Again, sadly, there is plenty here too;
4. Connect to your own polarity (so that would mean your feminine if you are in a man’s body, and your masculine if you are in a woman’s body), and really get to know him/ her. Get to know his/her range as well as his/her particular expression, quality, energy; and
5. Allow your own feminine and masculine to come together in support of each other, within you.

Then your inner Queen can take her place on her throne and inner King his place on his throne, and together create the kingdom you wish to live in! Oh hell yeah! Let’s rock this!!!